×
Go to content
Shiba Inu
The Shiba Inu is a hunting dog breed from Japan. It is a small to medium breed and the smallest of six original breeds and separated spitz breeds that originated from Japan. 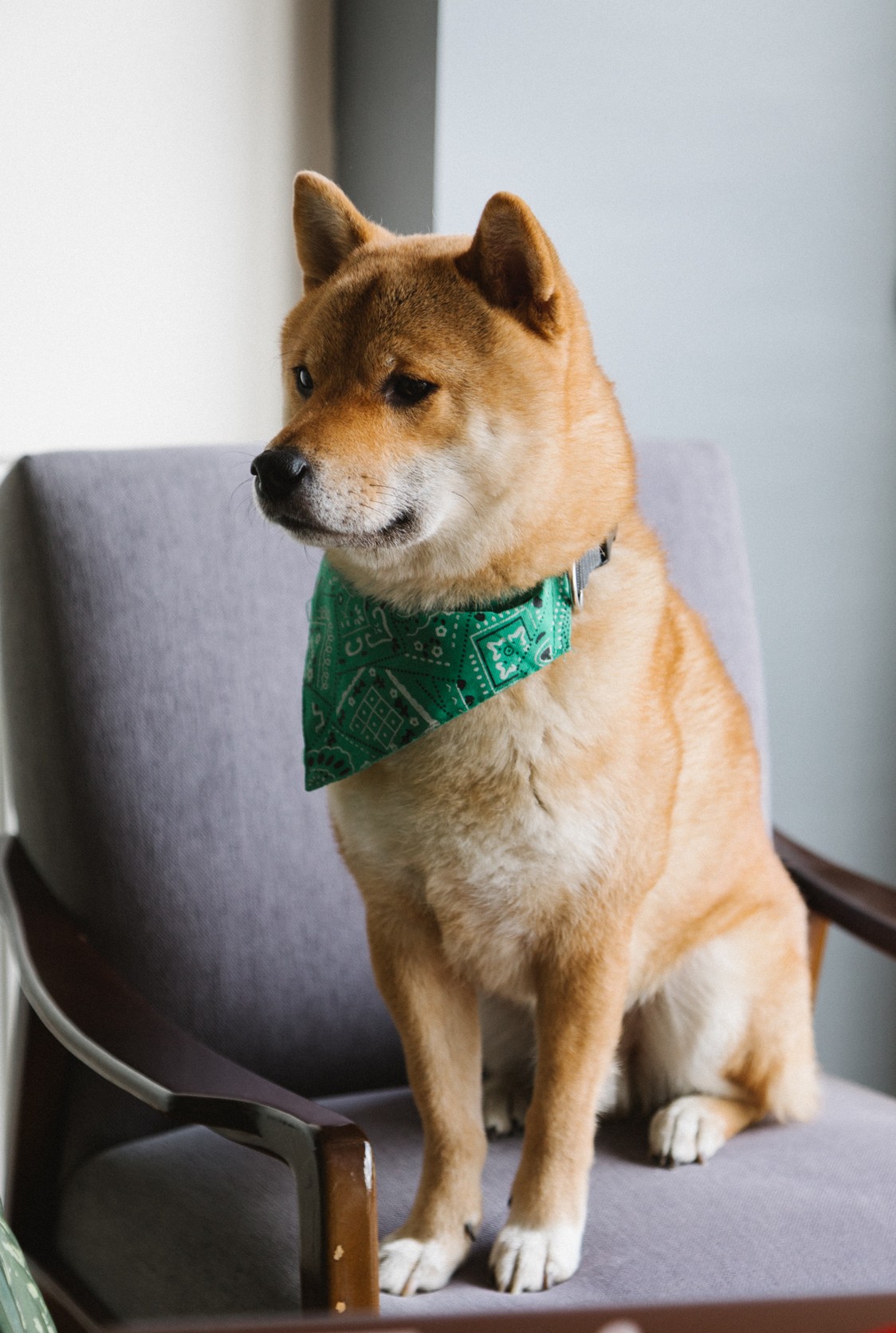 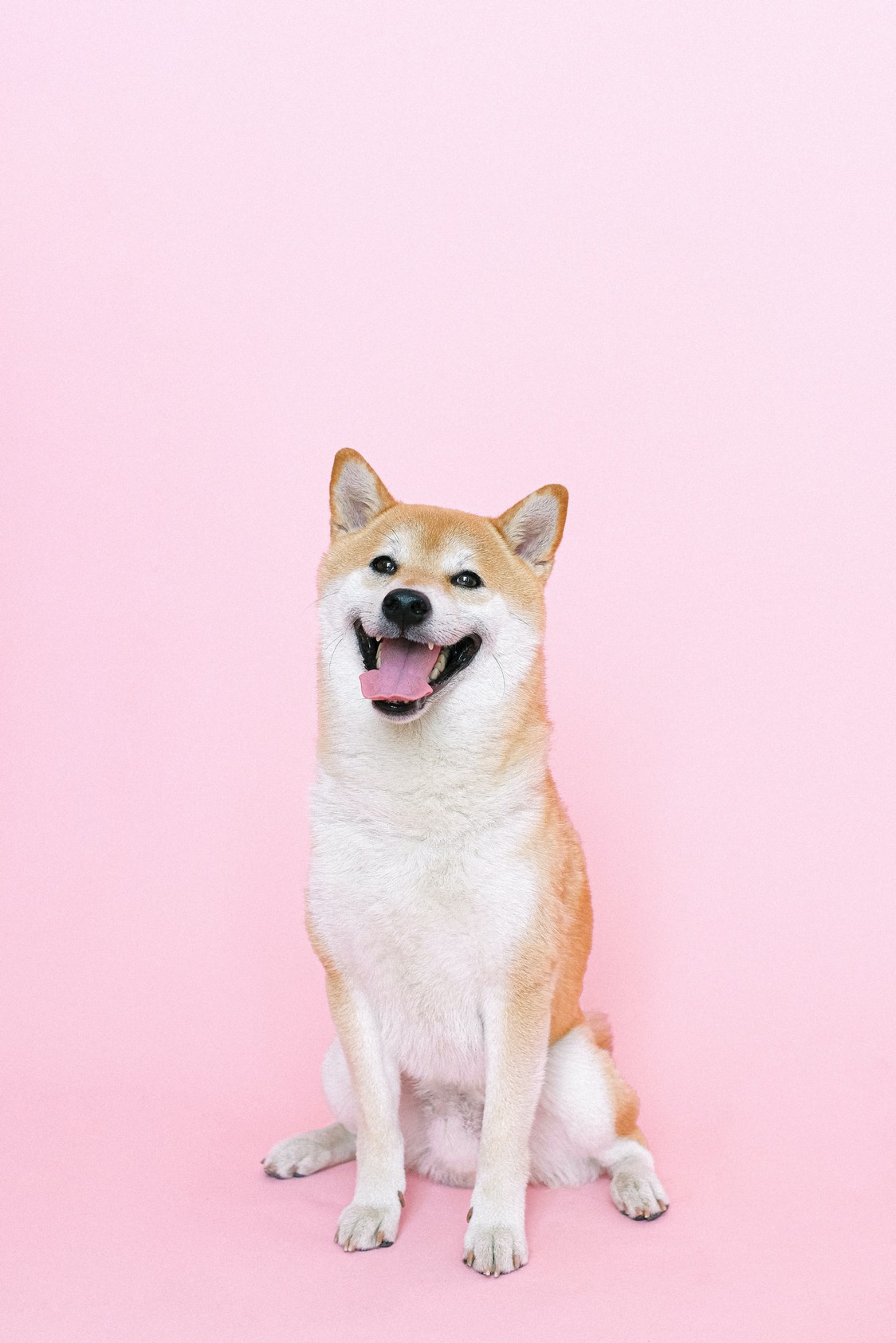 Puppies
Puppies
Photos
Contact us
History
The Simba inu originates from Japan and is one of the oldest dog breeds that survived till this day. The first recorded Shiba that entered the United States was from a military family in 1954. The Shiba is an ancient tribe, from about 300 BC. The breed is named after its history as a hunter in the wild mountains of Japan.
Characteristic of the Shiba inu is its obsession with cleanliness, to the extent that it often licks its feet and pads, like cats, in order to be clean. It is also common for it to avoid walking on the street because it doesn´t want its pads to get dirty.
It is an ancient Japanese breed and today, this witty, well-intentioned Shiba has turned out to be the most popular companion dog in Japan. The adaptable Shiba lives comfortably in all environments either in the countryside or in an apartment.
The Shiba Inu is a very good Spitz type dog, its name literally means "little dog" in Japanese. In fact, it's a smaller version of an Akita Inu. Over the years they have gained a reputation as reliable, trustworthy and fun family pets in Japan and other parts of the world.
By the end of World War II, Shibas were almost extinct due to the Japanese wars and they are today the number one pets, both as companions and as family pets.
Their popularity has been growing for the last 50 years. It becomes more popular because of its charming appearance and loyal, fun personalities.
Characteristics
Character
The Japanese Shiba Inu is an alert, adventurous and playful dog which builds a very strong bond with its owner and the family. It tend to be a little hesitant and distant from people they do not know, but once they get to know them better, they are usually very friendly.
The Shiba is often considered as a large dog in the body of a small one and is known to act "tough". If there is an opportunity they won´t hesitate to become "pack leader" in a household, something that should be avoided at all costs. This dominant aspect should be gently avoided from an early age because it is necessary for a Shiba Inu to know its place in the pack and family.
Above all, they are full of love, gentle and not at all aggressive. However, it is vital for these dogs to be well socialized from an early age and introduction to many new situations, noises, humans and other animals is crucial.
Body type

Family member
Child friendly: This is a suitable breed for children and is known to be playful, energetic and affectionate towards them.
Systematic classification 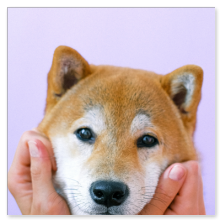 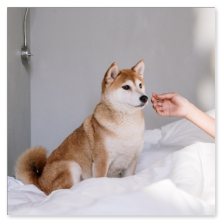 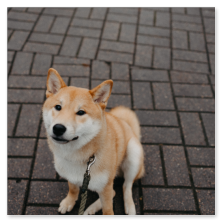 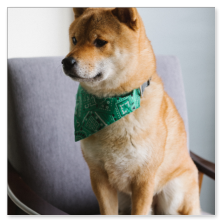 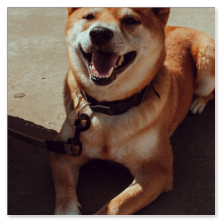 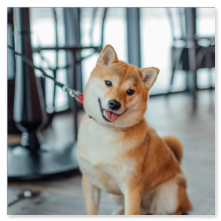